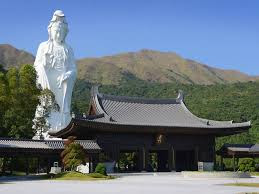 Just published
in Psychoanalysis and Psychotherapy in China 3(2) 278–288 (2020) my paper on Active imagination, extraversion, cross-culture: Guan Yin and Chinese divination.  A reflection on the dialogue that Chinese people have with the Goddess Guan Yin as an extroverted form of active imagination (with a discussion by Warren W. Sibilla, Jr.) 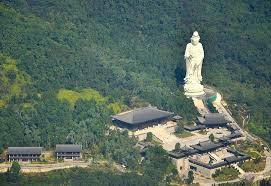 In the Far East, Guan Yin, the Goddess of Mercy, is the one who “listens to the cries of the world”. Depicted by gigantic white statues, she is the feminine personification of the Bodhisattva Avalokiteshvara and represents an archetypal figure dear to Chinese women and men. In Hong Kong and in Taipei, Taiwan, she is consulted by throwing two moon blocks or ritual sticks according to the rules of Chinese divination. The goddess is a real presence who acts in a real way: when questioned, she answers, defying a synchronistic and extraverted field of knowledge and meaning. The author highlights the importance of approaching in a cross-cultural,

sensitive way, such a slippery cultural phenomenon as the use of divination in that part of China, investigating a possible parallelism between this form of dialogue with

the goddess Guan Yin and the Jungian method of active imagination. Developing a cross-cultural sensibility towards Chinese divinatory practices as Chinese clients

do in their country, without either prejudicially declaring them superstition or considering them as a form of magic, can have transformative effects both on Eastern

and Western imagery. In the case of Chinese people, this sensibility develops the ability to examine, psychologically, a phenomenon whose deeper meaning often remains unconscious. In the case of Westerners, this sensibility creates an experience of active imagination in extraverted form. In both cases, when approached from a Jungian perspective, the Chinese divinatory practice leads to experiencing the transformative reality of the extraverted and synchronistic imaginal action.

remains in this world to specifically address the suffering of each individual.

Thus, the Bodhisattva serves as a bridge between the Buddha and

the heavenly realms and the earth and sentient beings. Avalokiteshvara

Bodhisattva is a bodhisattva most prominently celebrated in the Lotus Sutra

and is known to be both male and female. Guan Yin is the Japanese and

Chinese form of Avalokiteshvara, and as displayed at the Tsz Shan Monastery,

in her Top Knot, the Mani Pearl of Enlightenment in her right hand, and the

vase by which cleanses the world in her left hand. Her Keyura Necklace showcases

her transcendence of all-worldly entanglements. Finally, her slight lean

C. G. Jung had an interest in the religions and philosophies of the East

for his entire professional career. For instance, from his study of the Secret of

the Golden Flower and the Yi Jing, to his study of the text, Chan and Zen

Teaching which was on his nightstand at the time of his death, Jung enjoyed

a lifelong connection. In particular, Jung was interested in the East’s understanding

of the wisdom teachings that drew attention to the non-causal

and non-linear aspects of time manifested in the psyche. Jung used these

teachings to help develop key aspects of analytic psychology to include

synchronicity, the self, the use of divination, the transcendent function, and

It is important to note that Avalokiteshvara Bodhisattva is often portrayed

as having a thousand arms—each arm also having an eye. In this manner,

Avalokiteshvara is understood to be omnipresent and omniscient evidencing

an all-knowing being, and thus modelling a full and complete mastery of what

the West has come to call the unconscious. The author has sought to elucidate

East (e.g. divination) with respect to Avalokiteshvara, in order to include this

practices. This article is an important contribution to the ongoing dialogue

that seeks to study the relationship between Western psychology and the

wisdom of teachings of the East.

Pubblicato da Marta Tibaldi a 11:34 AM