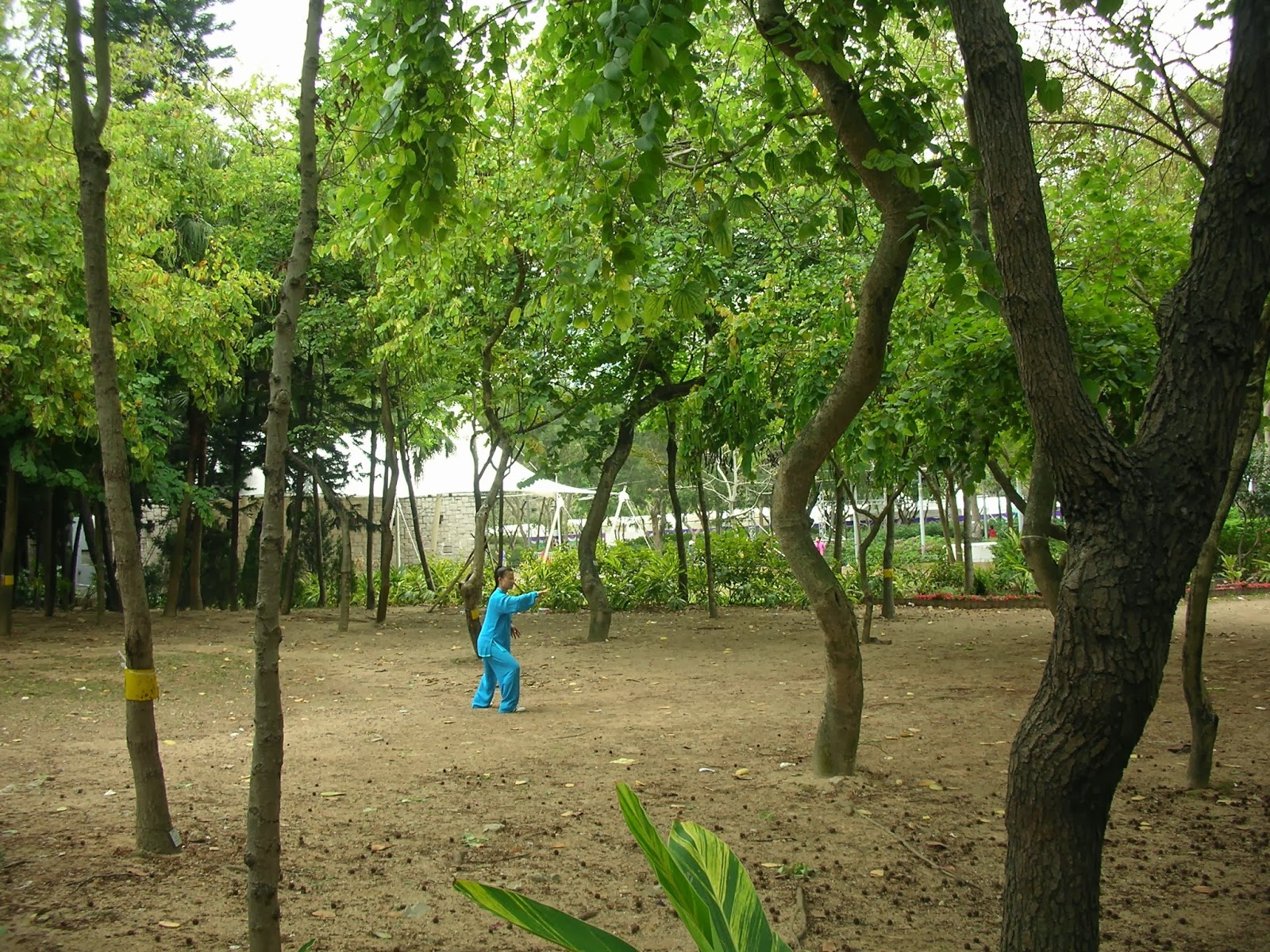 Wake up early in the morning, go to Victoria Park and you will see rows of Chinese of the most various ages practicing Tai Chi Chuan in Hong Kong.

Derived from Taoism, Tai Chi Chuan is a martial art concerned with tranquility of mind and improvement of temperament. It is based on Taoist philosophy and on the principles of Yin and Yang: "First, Tai Chi in the philosophical sense explains everything in the Universe. It treats the universe as a unity – the Tao. The two forces – 兩儀Yin/Yang produce variations which give rise to  四象4 factors for the formation of universe. [...] Yin and Yang are in unity while in opposition.  In a suitable and harmonized condition, they will counteract and develop, but in an unstable and conflicting condition, they will repel one another and destroy all matter. This applies to our knowledge and functions of consciousness and unconsciousness.  Changes like season, life and death, night and day.  Since Yin and Yang reveals the relationship between Nature and Man, practicing from our physical body will eventual bring the connection to our state of being for a balanced life of stability and peace".  (Cheng Tin Hung, Tai Chi Transcendent Art, The Hong Kong Tai Chi Institute Limited)

I asked Mable Lam, past President of the Hong Kong Institute of Analytical Psychology (HKIAP, 2008-2011) who has been practicing Tai Chi for three years, to tell me about her experience. Three years ago I strongly encouraged her to take action, as I believed the tight connection of this physical exercise with the Jungian practice: “Tai Chi Chuan is a transcendent art in a tranquil state of mind, slow movement and natural breathing - says Mable Lamb - serving both physical movement and spiritual aspect, producing harmony of body and mind, concentrating on thoughts rather than strength.  A state of coming into a wholeness of being, a physical demonstration of how consciousness and unconsciousness function, develop and repel - throug the perspective of Yin-yang balancing.” 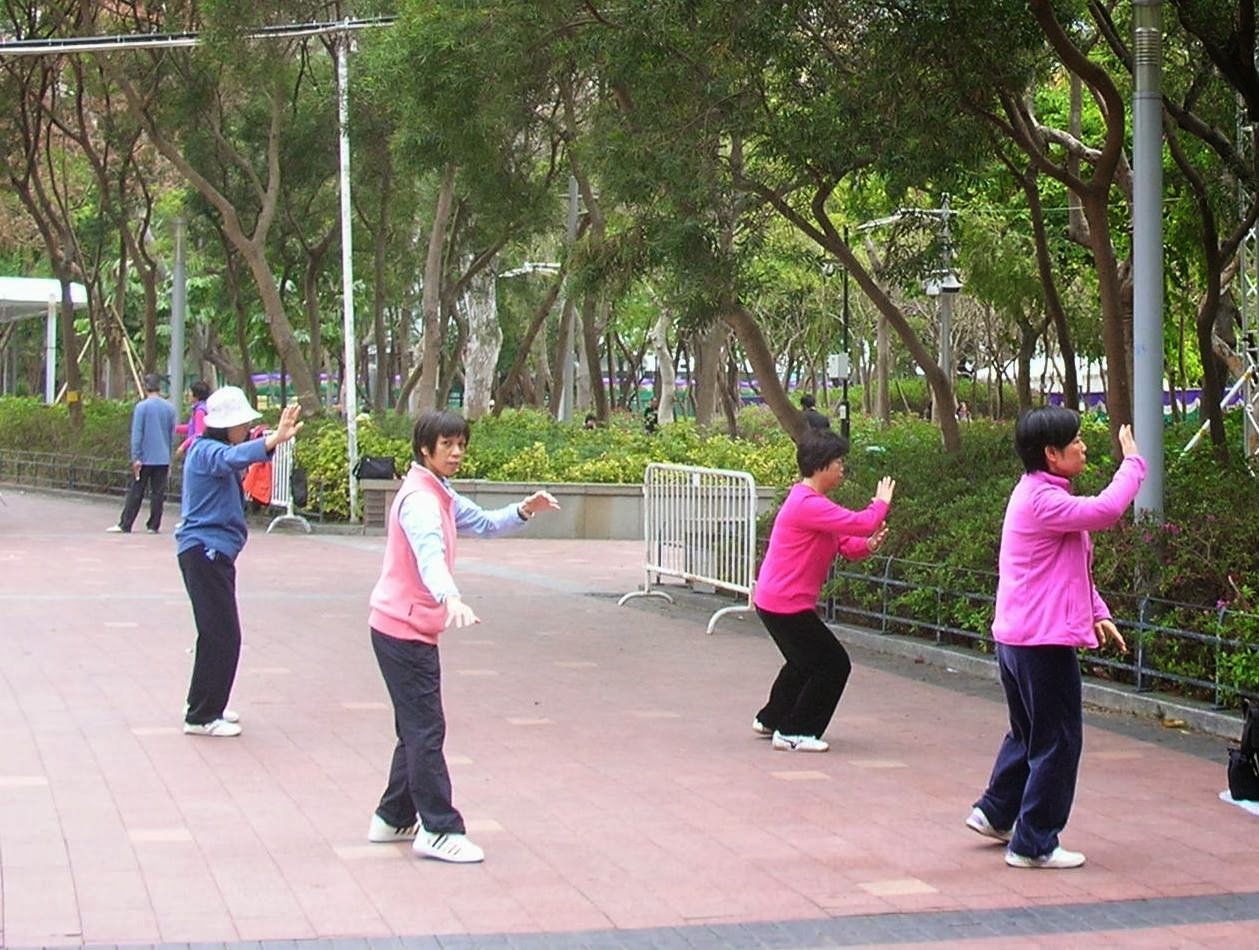 When Jung commented The Secret of the Golden Flower, the ancient Taoist book that Richard Wilhelm sent him in 1928, he noticed the great corrispondence between the practice of Tao and the individuation process: "East opens up a path to deeper and broader understanding than that of Western science: understanding through life. [...] This is the terrible experience of becoming aware that nature imposed on humanity, and that unifies in a common task even more distant cultures. This is the way our text treats, and this is the same path with my patients."

This ancient Taoist practice has a long story and its roots in the Chinese collective unconscious: "While practicing the movements - adds Mable Lam - I can gradually feel the softness and light weight manner naturally with an Asian physical body, perhaps, in most of the case we have better advantage to cope with than those Westerner with a stronger body built characteristics. The initial stage of practice let me realize how much my thoughts and body do not co-ordinate - reacting too much or too less than responding appropriately enough.  I can realize too many thoughts were engaged that make concentration difficult to focus on the moment when hearing or watching the instructions from the master."

In the Western world Tai Chi Chuan is known also as "meditation in movement" and its practice is widespread, although sometimes more as a form of gym than as a way toward wohleness. An interesting cross-cultural organization aimed at teaching Chi Chuan all over the world is the International Association of Tai Chi Taoista, operating in Italy and in nearly 30 other countries.

A greater awareness of this age-old martial art and of its corrispondence with C.G. Jung's individuation process will improve this cross-cultural way to practice wohleness, making it a conscious experience of body-mind deep transformation.
Copyright 2014 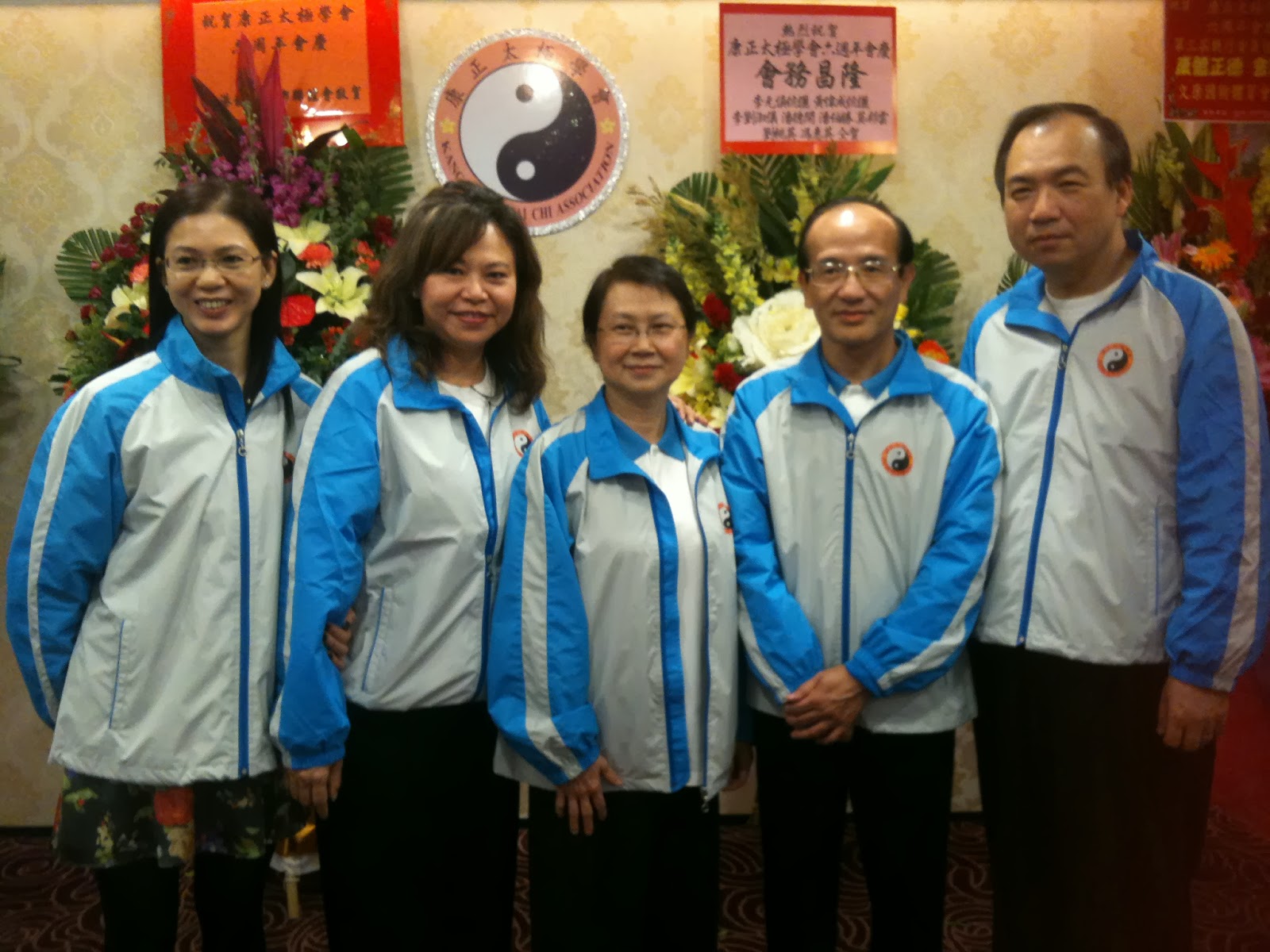